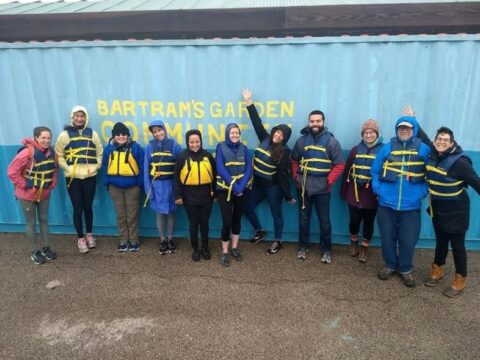 Steps toward change happen with collective action. In late June, staff from Bartram’s Garden shared their story of how they used their data and collective voice to highlight water quality issues and demand the attention of the governing agencies of the tidal Schuylkill River in Southwest Philadelphia.

There are 40 Combined Sewer Outfalls (CSOs) on the tidal Schuylkill River, several of which are located right on the outer edges of the Bartram’s Garden (the Garden) boat docks where they launch their community boating program and provide a prime fishing spot for locals. The river offers respite and recreation in an otherwise bustling city. However, the immense presence of CSOs along the river creates often times unsafe conditions for recreation and the Garden is forced to cancel their boating programming.

To better understand the water quality conditions, the Garden began a water quality monitoring program led by Chloe Wang, River Programs Coordinator. Ensuring their program revolved around sound community science, they partnered with Stroud Water Research Center to design a program and train volunteers and student interns (known as the Denkyem River Guardians, or Guardians) to conduct the sampling. 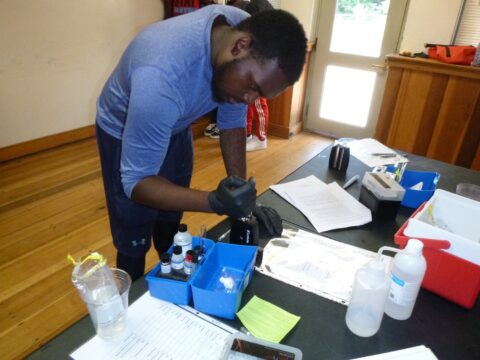 But the team didn’t want to stop at data collection. The high levels of bacterial counts they were finding were troubling and needed to be addressed, so they put their data to action. The Garden partnered with River Network and PennFuture to dive into the Clean Water Act and the water quality standards of the Schuylkill River. That’s when they realized some major gaps in the Pennsylvania Department of Environmental Protection (PA DEP) and the Delaware River Basin Commission (DRBC) recreational use assessments of the tidal Schuylkill River– in that, there were no assessments.

The team submitted their data and a letter to the PADEP and DRBC urging them to assess the River and to designate higher protections to support the ongoing recreation. Yasir Hall, team leader for the Guardians, called it a true team effort in which everyone had an equal voice. “I feel that many people don’t want to hear the opinions of young people. It was good for the adults to help us raise our voice so we can be heard.”

Since the submission, the PA DEP, DRBC and the Garden have had productive, ongoing conversations that have focused on next steps in assessment and data collection. Their efforts have also led to coordinated data collection with several other groups along the Schuylkill River, as well as broader conversations about how local data can be used to inform state agency action. From Chloe’s experience, there are so many threads to pull on when it comes to using data for advocacy, you just need to choose what to prioritize and where to put your energy.

“It is a community issue, studied by the community. It hasn’t been resolved but it will be resolved BECAUSE of the community,” Guardian Ammarava Mika-El emphasized, knowing there may be a long road ahead in achieving healthy water quality, but every step forward counts in the road to clean, accessible waters for the community.